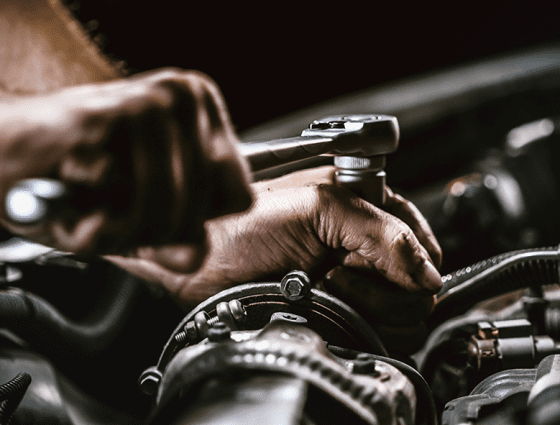 You Can’t Take Percentages to the Bank

Paying attention to your margins, and proper pricing is critical your success, yet far too many shop owners are so determined to make a certain percentage of gross profit on each job, that they lose sight of profitability, as well as customer service.

I’m talking about the people that judge their success solely by percentages rather than by dollars. These are the shop owners that are so busy trying to squeeze every last penny out of every job that they forget about the dollars being lost at the same time.

As an example, some shops have a tech or two that can take that transmission apart and rebuild it, but with rare exception, most shop owners will install a replacement, right? Does the replacement cost more than the sum of the parts and labor it would take to rebuild or repair or the customer’s transmission?

In most cases, it does. But with the exchange transmission you don’t need to employ technicians that are skilled at rebuilding transmissions, the transmissions have typically been dyno-tested so there is less risk of initial failure or a comeback, the warranty is off-loaded to the remanufacturing company, and your customers are happier since they often get their vehicles back faster.

Now here’s the part that most shop owners miss:

With the installation of exchange remanufactured components, whether it be drivetrain components, brake system components, or steering components, the vehicles and the customers are out of your service bays faster, which means you can now start on the next jobs sooner.

While there is typically less profit on the “job,” by installing the exchange component there is a typically a whole lot more profit per hour, and there is no doubt that profit per hour is the real secret in any business. Just look at companies like Costco. They operate on razor thin margins, but they generate staggering per hour sales, and happy customers, both at the same time.

Over the years I’ve helped many shop owners realize that time is money, and understand just how profitable it is to install exchange remanufactured units. Not only have they been thrilled with the results, but today the overwhelming majority of the shops that Elite works with have made exchange remanufactured units a large part of their businesses.

Because they realize that in today’s world, turn-around time is critical to most customers. Exchange units skyrocket tech productivity, and they lessen the shop owner’s dependency on highly skilled labor. When you think about it, you’re actually outsourcing a good part of the labor that’s required, and for those of you that are in areas where you are dealing with high labor cost, the associated cost of workers compensation insurance, etc., this in itself can save you a fortune. In essence, your shop may be in high labor cost areas such as New York, Washington State or California, but your technicians are working…in the Midwest.

Now imagine that instead, you decided to install a remanufactured transmission that brought you a $400 net rather than the $600. At first it might not sound like the right choice to give up the $200 in net profit, but when you consider the all-important “profit per hour”, everything changes. In this case, the vehicle was in your shop for only 4 hours (vs. 10) so your net profit per hour is $100.00 rather than $60.00. A 66% increase!

Yet good gets even better, because you have a happy customer back on the road, and you’re now helping your next customers solve their problems.

Although paying close attention to your percentages is critically important as a shop owner, one thing is for certain: No matter how you run the numbers, the one thing that you can’t take to the bank… is percentages.

For additional help building a more successful shop, learn you you can receive training from the top shop owners in the country through the Elite Coaching Program.

Because we never put money ahead of people, and are committed to elevating the industry, we will not take on a client unless we’re 100% confident that we’ll be able to help them build a more successful business.

This is why when you give us a call, one of the industry’s top experts will…

Get started by choosing one or more of these options:

Our complimentary tips are designed to provide shop owners with a consistent flow of ideas and best practices to help them stay ahead of their competition. Receive instant access by filling out the form below.

If your shop is not generating the sales you need, you may want to take advantage of this easy-to-use Elite checklist to see where you may be losing sales before you start pumping more of your hard-earned money into your advertising campaigns.